Who has seen the Kishin Shinoyama photo book of Manuel Legris?  I have, I have… of course I have a copy, sillies. If you are not familiar with this book you aren’t alone, there was only one pressing, it was very expensive, and it was not highly publicized anywhere except maybe Japan. It’s a gorgeous, oversized book with tons and tons of photos. And, yes, a lot of naked. Some of the naked is a little strange actually… little piles of Paris Opera Ballet dancers with no clothes on,  and some “hey we’re dancing but we forgot our tights”… but some are really beautiful, Manu on the roof of Garnier in one of the famous Paris Opera round windows in the dome, amazing. And a lot of photos in clothing as well. All in all, it’s a lovely book if not just a bit without focus other than the fact that it’s a book of photos of Manuel Legris, which was really all I need to buy it. But that’s just me.

Last month, Kishin put out an app on iTunes re-releasing the book. So of course with a few keystrokes there I am, checking it out. The iPad app is titled Kishin VS. Manuel Legris. I’m not sure how much Manu had to do with it since he turned down offers by Kishin to do a photo art exhibits in the past (which Kishin proceeded to do without him).  It’s a pricey app at $43.99 but considering that the book was over $200 and you can only find previously owned copies that sell for closer to $300, it’s a bargain if you really wanted the book. There are differences both plus and minus… in my estimation here they are:

I think it’s interesting that Kishin re-released as an app rather than as a digital book. Makes me wonder if there will be updates to it in the future!

The Kishin VS Manu app “cover”

Some of my fave photos! 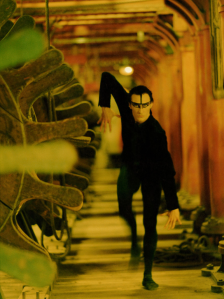 All y’all have a Happy New Year!